We Do Not Depend on Yesterday's Success
We Prove Ourselves With Every CaseContact Us NowFor a Free Consultation
Home
Attorney
Vanessa L. Prieto 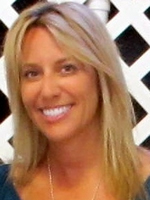 Professor Prieto is admitted to practice law in all Florida Courts, as well as the United States District Court of Appeal, Southern District of Florida, as well as being admitted pro hac vice in Arizona, California, Missouri, New York, Texas and Wisconsin.

Professor Prieto is an Adjunct Professor at Nova Southeastern University, Shepard Broad Law Center (NSU) teaching Legal Drafting and Civil Pretrial Practice and is presently appointed, along with Bradford Cohen, as an Ambassador to the President’s Advisory Council at NSU.